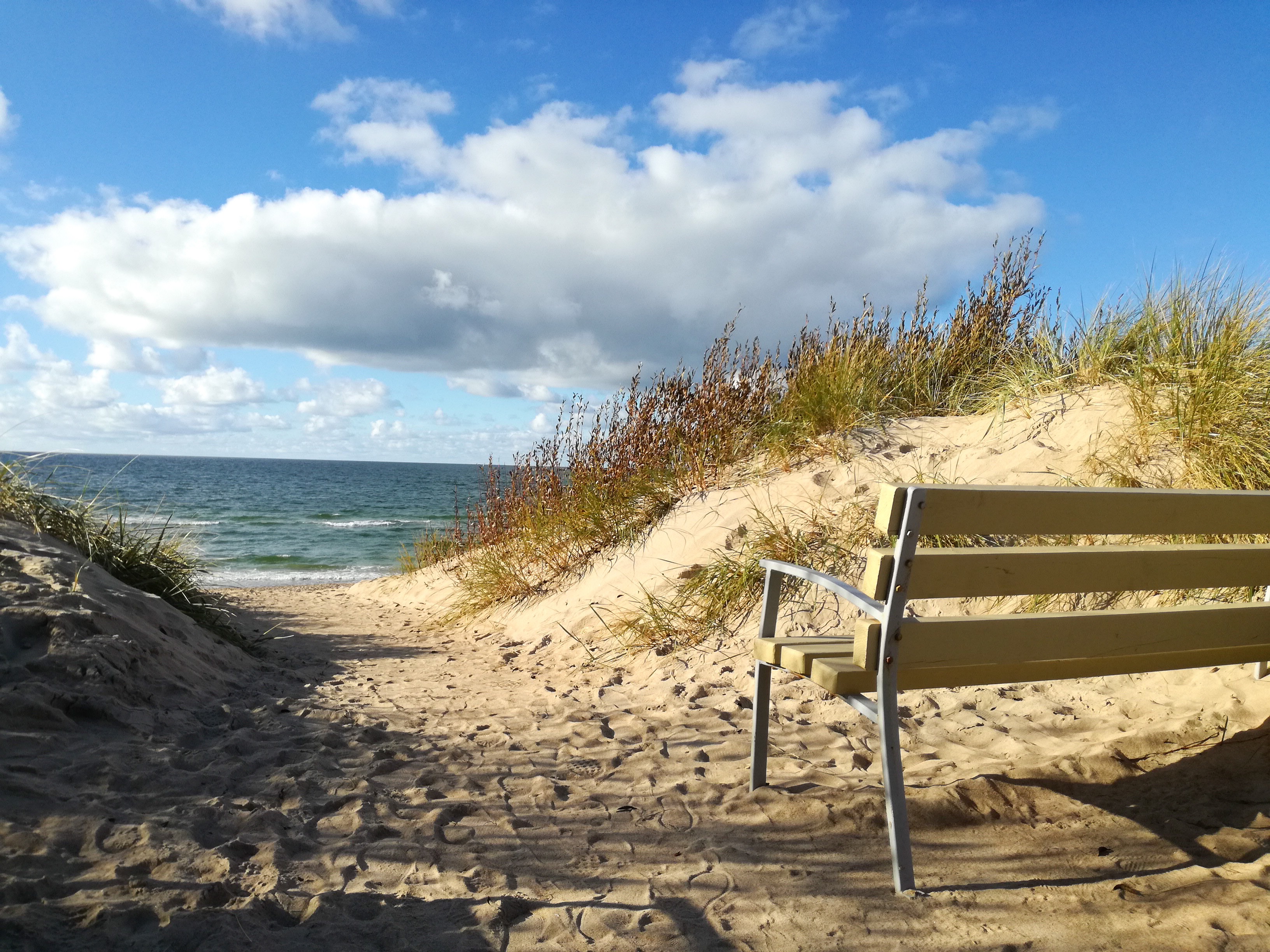 MUST SEE IN PALANGA

Palanga is known as a climatic, balneological and mud therapy resort. By the west of the city there is a “Rąžės“ river, through which 10 different kinds of bridges are built. The western part of the city is washed by the Baltic Sea, there are many beaches. In the north of the city, in the village of Šventoji, the river of Šventoji flows into the Baltic. Although Palanga is called the summer capital, people are attracted to the resort not only by good weather, but also by infrastructure, events, various employment programs and hotel deals.
In order to make your holiday in Palanga not only pleasant but also culturally rich, the managers of the Tourist Information Center organize group and individual Lithuanian tours. Moreover, the Tourist Information Center Offers guide services (in Lithuanian, English, German, French, Russian, and Polish), hotel room booking services and help you get the ticket to your desired event.
The most popular places to visit in Palanga are the following: “Birutės” Park, Amber Museum, J. Basanavičiaus Street and Sea Bridge (“Jūros tiltas”). Newer attractions include: Concert Hall, Musical Fountain, New Gym. Bicycle paths are also very popular in Palanga. You can bring your bikes to the resort, but there is also a possibility to rent on site.

J. BASANAVIČIAUS STREET
This is the central city street. Earlier this street was called Tiškevičius Street or Boulevard. Every holidaymaker passes this street more than once because there are many cafes, entertainment, and it is the main street leading to the Sea Bridge.

"BIRUTĖS" PARK
"Birutės" Park is a great place for a peaceful and cozy family vacation, different groups of people are happy to spend their leisure time here: parents with their children, young people and senior citizens and guests. Traditionally three times a week - every summer Thursday, Friday and Saturday - at 6:30 PM the fans of wind music gather in the park's rotunda, where surrounded by nature, the professional Palanga Orchestra presents free concerts to the citizen and guests of Palanga.
The cycle of chamber music concerts "Night Serenades" is another traditional event that celebrates Palanga, "Birutės" Park and Amber Museum for more than one decade.
In September, the park is blossoming with new colors – "Birutės" Park Day is held here. It is an event for lovers of a peaceful and cozy holiday in nature.

"BIRUTĖS" HILL
When visiting one of the most beautiful places in Palanga – "Birutės" Park - be sure to visit "Birutės" Hill. Here, in the former land of Manor Tiškevičius, "Birutės" pine forest, which has been consecrated for centuries, has remained untouched until now, surrounded by the legendary “Birutės” Hill, 21 meters above sea level, from which a beautiful view opens to the sea.

AMBER MUSEUM
The Amber Museum, owned by the Lithuanian Art Museum, was established on the 3rd of August in 1963 in the land of Manor Feliksas Tiškevičius. The museum is located in the magnificent palace in the very center of "Birutės" Park, and it is one of the most visited museums in the country. One of the world's largest collections of amber inclusions and uniqueness, in total there are over 30,000 exhibits.

SEA BRIDGE
It is hard to imagine Palanga without a sea bridge - one of the most popular holiday destinations and tourist attractions, attracting everyone to the biggest resort in the country. From the bridge you have a wonderful view of the dunes, the yellowish beach and the boundless sea. Here you can listen to the sea breeze, seagulls scream, and in the evening, sit back on the benches and enjoy the last rays of the sun descending on the sea.

MUSICAL FOUNTAIN
The new fountain during the warm season surprises the guests and the citizens of Palanga with the music, light and water dances. You can choose your favorite song to which the fountain will dance, it can be selected by SMS from a special playlist. If you would like to see a musical fountain show with the song you chose, it will cost – 3 EUR. Furthermore, there is a daily free of charge fountain show, which lasts 1 hour.

THE MOST HOLY VIRGIN MARY'S ASCENSION CHURCH AND OBSERVATION PLATFORM
The Most Holy Virgin Mary’s Ascension Church in Palanga was built more than hundred years ago and attracts almost every gaze of the passers-by with its neo-gothic beauty and greatness. There are also something to be admired inside: an impressive pulpit and three skilfully made marble altars decorated with bas-reliefs brought from France.
From 1 April of 2018 was opened observation platform at the tower of church. Visitors will be allowed to visit the observation platform on working days from 12:00 till 15:00, on Saturday's and Sunday's from 13:00 till 18:00. Visit is free of charge.

INSECTARIUM
It is the only specialised arthropods zoo in Lithuania. Up to 100 species, about 2000 individuals of arthropods are being exhibited in this unique zoo. You can examine live theraphosids, insects, scorpions, stick insects, mantises, cockroaches and myriapods in the insectarium. 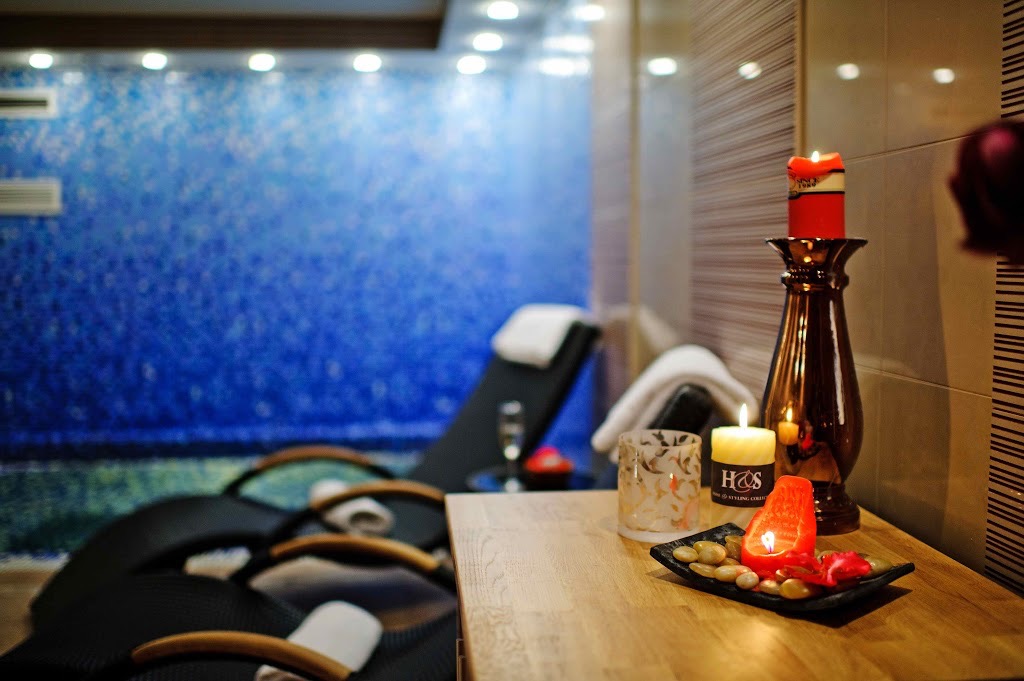 PALANGA SUMMER PARK
Palanga Summer Park is a recreational and entertainment place in the Lithuanian seaside offering a full range of services. Only here you will have the opportunity to try out the exclusive Olympic trampolines that will allow you to climb even higher, and the barrier stretch where you will be able to test your strength and compete with each other. There is also the first in Lithuania, a synthetic ice skating rink of 200 square meters, which will allow you to experience winter pleasure even on the hottest summer day without fear of frostbite. In addition there is a mini golf, bicycles and velomobiles rental services.

PALANGA FAIRYTALES PARK
In August 2016 the The Parko f Lithuanian Fairytales in Palanga was established. Visitors here are being attracted not only by a cozy environment, playful sculptures, but also by unconventional solutions - fairytales here can not only be "caught", but also heard. The new leisure area is located in a very beautiful place, in a pine forest near "Birutės" Park and the Art and Entertainment Club "Kupeta".

WAKEPARK PALANGA
Wakepark Palanga – it is the first wakeboard park in Palanga, located in a convenient and easily accessible location in Palanga, just 3 kilometers from the city center, it is easy to find near the airport and is easily accessible by any transport. Wakepark Palanga – is a 200 sq. m. track in a quarry above the extremely clear water (it heats up to + 25 ° C in summer!). Two skating systems will allow you to swim together with several friends at once - you will be able to choose a track with two or four freshly updated shapes.

THE BOAT TOUR
The beaches of Palanga attract different kind of tourists, not only those who enjoy sunbathing and swimming in the sea. Except for the natural gift, on the beach, the holidaymakers will find a lot of water activities. You will have the opportunity to take a boat trip along the Baltic Sea coast, sea-water jet ski, or catch water splashes sitting on stretched equipment. When it’s a good weather, a 25-seater passenger cruise ship departs daily from the sea bridge every half hour from 10 am until the evening. The boat floats to the sea for about 4-5 kilometers, and it takes half an hour to get around.

FISH FESTIVAL "PALANGA SMELT"
It is an annual event in Palanga, on J. Basanavičiaus street, that has been organized since 2004, it has become one of the funest winter season attractions in the seaside. During this event, the guests of the city can get acquainted with the local fishing traditions, history and culinary heritage. Up to 40,000 people visit the event, which last for 1-2 days and 4-6 tons of smelt is being eaten. Not only is it possible to taste the smelt prepared in various ways throughout the day, but also to participate in various competitions and observe the Stint Grill. Every year during this event the healthy bathing in the icy sea "decorates" the celebration.

THE DAY OF PALANGA 03.30-04.05
Celebration of the connection of Palanga region to Lithuania (March 30, 1921). Various cultural events are being organized for a whole week.

EASTER EGG ALLEY 04.10-04.27
One of the main streets of Palanga city, J. Basanavičiaus street, on Easter eve is being decorated with exceptional size of eggs.